The parish “Saint Makarios the Great” in Northern England is under the jurisdiction of the Romanian Orthodox Metropolis of Western and Southern Europe based in Paris. Chronologically speaking, we are the second Romanian parish to be founded in Britain, after Saint George parish in London. The geographical areas covered by our parish include the English counties of Yorkshire and Greater Manchester, but also as far North as Durham County and as far South as the Black Country. It was these areas of the United Kingdom with a greater influx of emigration, that demonstrated a pastoral and missionary requirement for the establishment of a parish.

Work on setting up parish began on Sunday, June 20, 2004, when at the initiative of Fr Hieromonk Macarie Dragoi (currently Bishop of the Orthodox Romanians in Northern Europe), the future Constitutional Assembly of the Romanian Orthodox Parish was sanctioned by His Eminence Metropolitan Iosif (photo), head of the Metropolis of Western and Southern Europe. His Eminence duly inaugurated the parish and its constitution and established it by official document.
By the Grammata (Constitutions) No. 265 dated 18 August 2004, His Eminence Metropolitan Iosif gave his hierarchical blessing to the establishment of the Romanian Orthodox Parish of St. Makarios the Great (Feast Day 19 January). Hieromonk Father Macarie was to be the first pastor of the parish before returning home in the Spring of 2005. Pastoral cover during the interregnum of two months prior to the ordination to priesthood of Father Constantin was supplied by Father Dumitru Catarig (presently the parish priest in Boston) and Archimandrite Father Emilian Nica (presently the Auxiliary Bishop of Ramnic Archdiocese), who was at that time studying at the College of the Resurrection, England.

The Anglican Community of the Resurrection in Mirfield paid host to our parish for the next six years. We occupied the Lower Church belonging to the Mirfield Fathers, ideally placed in a small village, Mirfield, approximately 15 miles south from the city of Leeds.

On the 10th of October 2010, our place of worship moved from Mirfield to Farnley, a suburb of Leeds. After lengthy discussions and searches we were able to identify the possibility of acquiring a church there, which was to be made redundant. Temporarily, we were holding services in the Church Hall, located next to the main Church building. On the 20th of October 2011, by the will and mercy of the Good God, the community was able to buy and take possession of the Church building and hall. 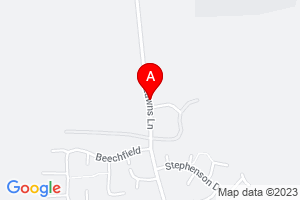